Marvel vs DC: Which Side Are You On? 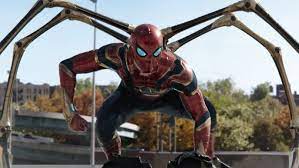 Everyone knows the story of Spider-Man. Peter Parker, the friendly-spirited, nerdy teen from Queens, is bitten by a radioactive spider and is granted powers like web slinging, spider-senses, and the ability to scale city skyscrapers. Shortly after he obtains his powers, his Uncle Ben is murdered on the streets of Queens by a common thief. This motivates him to use his new found abilities to take on crime to protect New York City and ultimately avenge his Uncle Ben. The friendly neighborhood hero is known best for stopping Green Goblin and Doctor Octopus and standing as a symbol of hope for the people of NYC, all while still being able to make it to class.

Since 1962, Spider-Man has been a vital part of the Marvel Universe, first starring in comics and television series. Marvel produced their first Spider-Man movie in 2002 starring Tobey Maguire as Spider-Man, and Kirsten Dunst as MJ. After three movies, Marvel waited 8 years to introduce a new Spider-Man, Andrew Garfield, in The Amazing Spider-Man. Portraying Peter Parker has always come with great power, but also great responsibility, as seen in the newest 2021 Spider-Man film Spider-Man: No Way Home, when current and fan-beloved Tom Holland is met face to face with previous Spider-Man’s Toby Maguire and Andrew Garfield. Since 2002, there have been three different Spider-Man series all attracting a large fan base.

Spider-Man isn’t the only superhero series to revamp and remake their hero over and over again.  Batman is another hero that has seen multiple actor’s play the role.

Like Spider-Man, the story of Batman is a very sad one. As a young boy, Bruce Wayne, was walking home from the movies with his billionaire parents, Martha and Thomas Wayne.  As they were leaving the theater, they were confronted by an armed thug who murdered Bruce’s parents over a necklace his mother was wearing. After witnessing his parents’ death, he vowed to spend the rest of his life fighting crime in his fictional city of Gotham.

Batman’s first appearance in film was in 1943 played by Lewis Wilson; since then, there have been 13 other Batman films and 8 different actors have portrayed the caped crusader on screen. This is a very elite group to be a part of considering half of the actors who have played Batman have won an Oscar at some point in their careers.

More notable Batman actors include the late Adam West, Michael Keaton, George Clooney, and Ben Affleck. However, some of the most notable parts of Batman movies are the villains who have also been played by many notable actors. Arnold Schwarzenegger, Jim Carrey, Liam Neeson, Uma Thurman, and the great Heath Ledger. A large part of the appeal of the movies are the big names that get involved and because the series is so popular many actors want to leave their mark on the series.

When asked to compare recent superhero blockbusters, many Madison students preferred Kevin Fiege and Amy Pascal’s Spiderman: No way Home over Matt Reeves’ The Batman. Both Spider-Man: No Way Home and The Batman exceeded all expectations and put themselves in the running for the highest grossing movie of the year.